Due to going through a depressive episode now, I've been thinking about the first time I ever experienced chemical depression. I remember it very clearly, because it was so unlike anything else I'd ever felt. I was seventeen. I had just survived several terrible years at a school where other students told me daily how ugly, stupid, and worthless I was, but that didn't make me depressed. It made me feel bad, but that unhappiness had a clear cause and a foreseeable end. At seventeen, I had a group of good friends, a boyfriend, and a bunch of projects I was excited about. Things were better than they'd been in years, but every day I seemed to care a little less. Also, it seemed that nobody would help me. The sum total of my boyfriend's advice was "I think you need to get your shit together," but he lived three hours away and was never a big help with anything. When I tried to talk to my friends, they told me to talk to my other friends. Sometimes they said this while physically backing away from me, as if depression were catching (and I guess it may be, especially among teenagers). They still liked me all right at other times, but the moment I tried to tell them how bad I felt for no discernible reason and how scary that was, the conversation was over. I can't blame them; they were just kids trying to figure out their own scary new feelings. My mother sent me to a psychologist who said she would hospitalize me if I kept doing self-destructive things, so I stopped telling her about the self-destructive things I did, but I didn't stop doing them.

Eventually I left school, got more serious about writing, got a better boyfriend, and pulled myself out of that first episode, but depression is something I've struggled with ever since. Sometimes medication helps, sometimes not. Testosterone has helped more than any psychiatric drug, but it is far from a magic bullet, especially when situational factors (poverty, my mom's illness, the hype surrounding the tenth anniversary of Hurricane Katrina) intrude. Right now I should be lighting candles for my clients. Over the past eighteen months, I've built my candle-and-root business out of nothing into a going concern. I'm proud of it and don't want to screw it up, and I don't want to disappoint my clients. But the principle behind setting lights is sympathetic magic, and I worry that depression will contaminate my candles. If I can't get rid of the depression, I need to learn to build barriers to keep that from happening.

I can't see myself starting to keep a regular blog again, at least not at the moment, but I wanted to put this somewhere I could keep track of it. Mostly I like the ephemerality of Facebook, but once in a great while I still want to point to something and say, "Here's what I think about this."
I'm reading The Art of Asking by Amanda Palmer. She has some amazing talents that don't even relate to music, like the ability to thrive on her own vulnerability. I could no more go to a house party and cuddle a bunch of strangers in a closet while telling stories than I could fly to the top of Mt. Everest. Above all, Amanda encourages us to communicate with our people and ask for help when we need it. So, if you've been thinking about ordering something from my shop, http://www.etsy.com/shop/PZBART, this would be a fantastic time to do it; December was a banner month, but some unforeseen expenses (mostly my mom's larger-than-expected property tax bill) have cropped up in early January and we're falling further and further behind.

I will also send a small signed pen-and-ink doodle to anyone who donates $1 or more via Paypal in the next two days; my address there is docbrite@gmail.com

Thank you XXXOOO
I can't keep up my daily journaling ambitions, but I limp along ...

Back in the fall of 2010, I donated most of my "female" clothes to Goodwill. A week or so later, I had to go back there to find a nice jacket for Neil's 50th birthday party that Chris was catering here in New Orleans. When I walked into the store, several of the nicer items I'd donated were hanging on the racks right up front. It gave me a funny feeling, but not an entirely bad one, because it helped me realize I wasn't going back.
12:01 AM Friday through midnight Sunday, PZBART's Black (Conjure) Friday sale: 20% off everything in the shop! Signed books, authentic Voodoo and hoodoo supplies and spells, original artwork, signed prints of LOST SOULS characters, more. Livejournal special: enter coupon code BLACKFRI at checkout and get an additional 10% off. Don't add to the clusterfuck! Do your holiday shopping online! 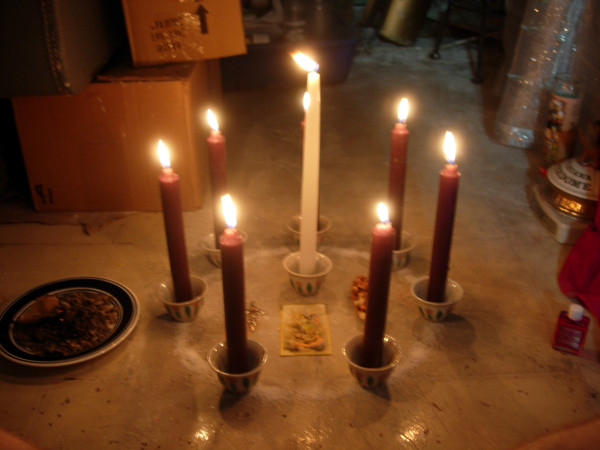 What is even the pain scale? How are you supposed to pick a number? Is 10 equivalent to, like, being burned alive at the stake? It's not supposed to be the worst pain you've ever felt, but the worst you can imagine. Well, I can imagine a lot. They don't know they're dealing with the guy who wrote the infamous screwdriver scene. So if I say I'm feeling a 7, that's pretty damn bad.

Sorry, I am delirious with pain and for once it's not my damn back, but my damn teeth, which have been plaguing me. Help is on the way, though. 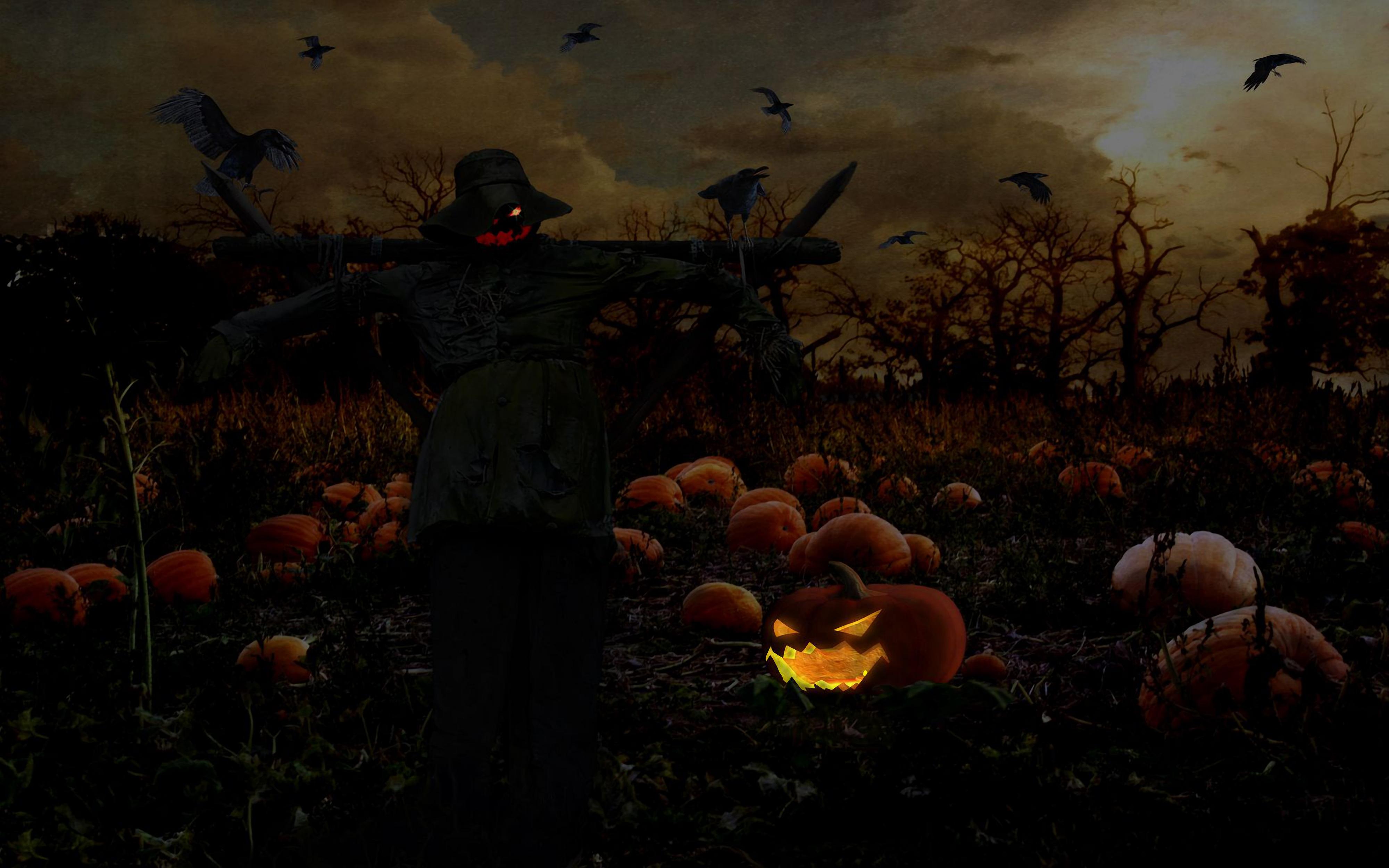 This sleep experiment has some interesting effects. This morning at Wal-Mart, I felt like Ralph Roberts with his balloon-strings. I couldn't quite see them coming out the tops of people's heads, but everyone was suddenly very vivid and gorgeously colored, just regular people going about their regular business, and yet star stuff.

(When I told Grey everyone at Wal-Mart was beautiful, he said, "Yep, we need to get you to bed.")
Did I miss a day already? I don't know anymore, because we don't have the usual number of sleeps and waking periods; I'm just endeavoring to write in here every 24 hours or so. Tonight I was lighting a candle, and I thought, I am here; I am in this place because I have chosen to be, and I do what I choose, not what anyone else wants me to do, and I do my best to take care of the ones I love, and most of the time I can, and that is a good life.
People seem to have taken my previous entry as an exhortation, when it was really only a personal resolution -- but if it gets more folks back to LJ, I suppose that's good. I know this is no longer a fashionable blogging platform, but the things that are popular, like Instagram, I don't understand. Old fogies of the Internet, unite.

Today we had lunch at Noodle & Pie, Eman Loubier's ramen joint on Magazine Street. Both the noodles and the pie were excellent. Grey was very game about eating ramen, though he poked dubiously at his soft-boiled egg and gave me the hairy eyeball for having told him nori was "a kind of flavoring" when he could see that it was, in fact, seaweed.

Help revive Livejournal. Write something here every day. Don't just post stuff for sale or reposts from Facebook. Don't worry about whether it is crappy or embarrassing. Today's thought is about how we are attempting to emulate the sleep patterns of our cats. We sleep in short stretches when we feel like it, work when we are awake. So far, Grey is more productive than ever. Myself, I'm not sure about yet, but I seem to be doing OK. Not so much art, but lots of Voodoo/hoodoo work for people. I seem to be specializing in honey jars.
Collapse